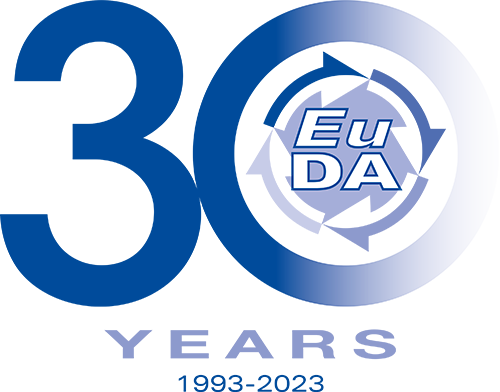 Celebrating its 30th Anniversary in 2023, the European Dredging Association (“EuDA”) was founded in 1993 as a non-profit industry organisation for European dredging companies and related organisations to interface with the various European Union’s (“EU”) Institutions and also some International Organizations (such as IMO, HELCOM or ILO). EuDA members employ approximately 25,000 European employees directly “on land and on board of the vessels” and more than 48,300 people indirectly (through the suppliers and services companies). The combined fleet of EuDA’s members counts approximately 750 seaworthy EU-flagged vessels.
Solution minded, European Dredgers are developing and implementing sustainable approaches (such as Building with Nature) for waterborne transport and energy infrastructures. Dredging activities are not well known by the wider public, however as a matter of fact, the European dredging companies are world leaders in their trade with about 80% share of the worldwide open dredging market and a turnover of 8.6bn Euro in 2021. Although 70% of operations take place outside Europe, 90% of the returns flow back to Europe.
The Association assists its members with all kinds of requests related to dredging issues, presently strongly focusing on Social, Environmental, Technical and Trade issues. These issues are coordinated by the Secretariat and executed by its specialised working groups composed of experts from the member companies.
EuDA has registered as Interest Representative Nr 2492574893-58 under the EU transparency register. The Association will pursue its goals by endorsing policies to create fair and equitable conditions for competition; commits to respecting applicable national, European and international rules and regulations; commits to operating its fleet safely, effectively and responsibly.

The members of EuDA are dredging companies operating internationally and the national dredging associations representing them.
The core values of the European Dredging Association are the following: